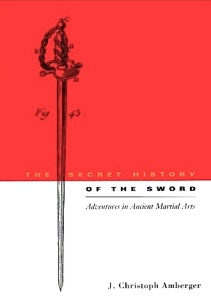 The Secret History of the Sword is now available free from this site, on .pdf

It’s been quite a while since I wrote The Secret History of the Sword. Some of the segments and chapters included are about 20 years old and originally appeared in my Hammerterz Forum newsletter, which I edited and published from 1994 to 2000. This edition was published in late 1998/early 1999 by the now-defunct Multi-Media Books, the book publishing branch of Curtis Wong’s publishing-and-paintball empire he founded on Inside Kung Fu magazine.

Like every writer, I’d probably a lot of things differently in this book. Fix the typos that now jump out. Add an index. It also by now is dated in some of the more detailed aspects of Central European historical swordplay. Dozens of friends from the HEMA movement—too many to name individually—have turned the ideal of a hands-on revival of ancient sword arts into a reality, with highly competitive events happening internationally every few weeks.

So take it for what is was at the time.

The book has been out of print for a while, with a few dozen copies left in the inventory of the company that bought Multi-Media.

This file I found floating on the Interweb—and since it’s been years since I received my last royalties check, I thought I’d make it available free right here

The Secret History of the Sword

And if you still can’t get enough of my writing… well, there’s an app for that.