Sword Shows: See you at the Timonium Cow Palace 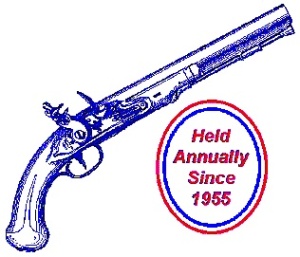 If your idea of fun is spending a morning rifling through 1,000 tables full of antique weapons, we have just the thing for you.

Like every year since 1955, the Maryland Arms and Armor Collectors Association is putting on its sale and trading show on March 17-18, 2012 in Timonium, just north of the Baltimore Belway.

We hope to see you there!

An admission  price of $10 (Sunday: $5) buys you as much time as fits in your day gawking, handling (some), and bargaining for one or several of literally tens of thousands of antique swords and firearms. It’s like an all-you-can-eat buffet of blades from all countries and eras, dating from bronze-age swords to Nazi sabers.

We’d be the last to admit that prices for the most part have by now eclipsed the budgets of casual or novice collectors. But for the occasional bargain on a high-quality historical blades, nothing beats the “Original Baltimore Sword Show.” We’ve added hideously rare Schlägers (with “starred” blade and scabbard!) for aroudn $100, ancient foils and a rapier, an insanely underpriced dueling épée, several 1796’er sabers and other things that might put your eye out over the years…

Plus, you occasionally run into the secret celebrities of the sword world: We recall bumping into Jeff Forgeng one year and the late Hank Reinhardt  in a previous one.